Hyperthermia is understood to be a treatment in which the temperature of the body is artificially increased. This therapy has its origins in ancient history, and the Egyptians were known to have used hyperthermia as early as 2500 BC! The conscious application of heat as a therapeutic treatment was first developed by the Greeks under Parmenides.

Since the beginning of the scientific treatment of cancer in the 19th century, there have been accounts of unexplainable cures for cancer. Many of these cases involved illnesses with high fever, and hyperthermia has been used before the advent of chemotherapy through injected bacteria extract.

Since the 1990s there have been studies conducted on its efficacy. 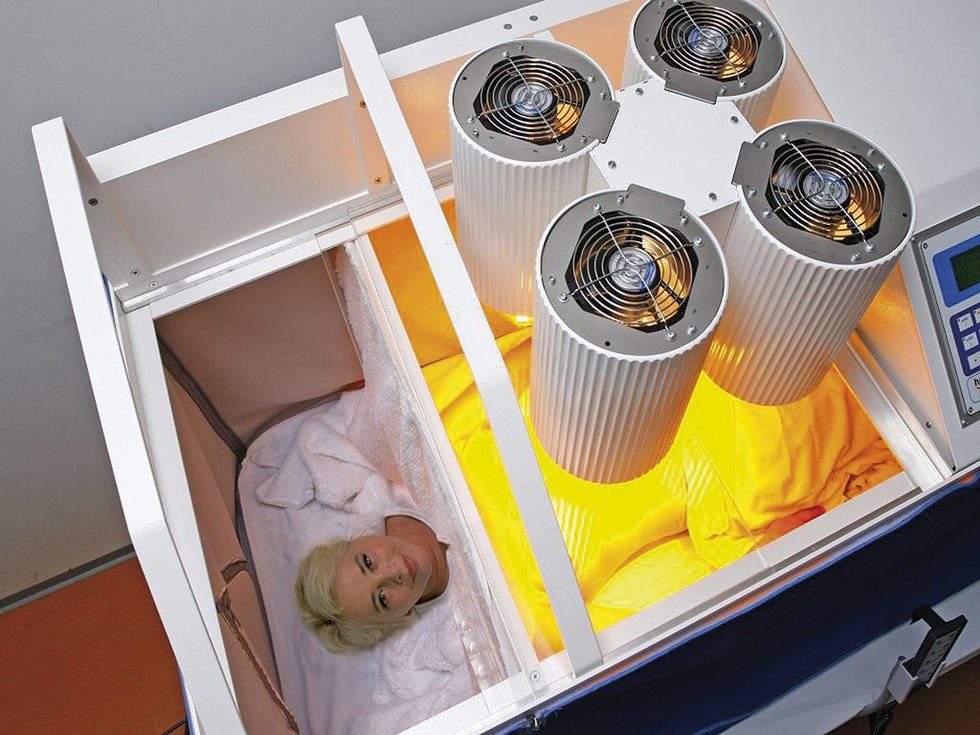 Two fronts in the fight against cancer

In the meantime, we now know that when the body’s temperature is significantly raises, that tumors are unable to grow, and even die off as a result of a deficiency of fat cells, and the resulting immune response strengthens the body in its fight against cancer. Professor Drevs would gladly consult you on the benefits, opportunities, and risks of hyperthermia treatment. We are looking forward to seeing you in our clinic!